GOP Putin On The Ritz

We’ve been appalled by antics of the Trump administration for the last three and a half years and guess what folks. . . the hits keep a comin’. Recently it was learned that Russia had placed bounties on the heads of American soldiers in Afghanistan. This shouldn’t be that surprising considering the United States did pretty much the same thing against the Soviet soldiers with the mujahideen freedom fighters (which included Osama Bin Laden) back during the Soviet Union’s military adventure in Afghanistan back in the 1980s. The U.S. has pretty much overstayed our welcome in the place where empires go to die so the bounties by the Taliban should not be a shock.

But what is disconcerting is that Trump has struggled to speak out against Putin on the matter and won’t even begin to talk about possible sanctions. We all know about Trump’s man crush on the Russian President but by not addressing this obviously disturbing piece of news, he’s adding fuel to the fire that he’s somehow being controlled by Russia’s leader. The Mueller report concluded that Russia interfered in the 2016 election and is already at it in the 2020 election. Not only that, Russia is hacking COVID-19 vaccine data. And yet Trump and the Republican party stays silent on the matter. Moscow Mitch ‘Turtle Boy’ McConnell and the GOP Senate has even blocked any kind of bill for election security. Due to the malfeasance of the Trump administration in handling the coronavirus pandemic, the news of the bounties has already been relegated to the back burner. Even veterans have voiced their concerns, but in typical Trumpian fashion, our CEO/Dictator and petulant man child does nothing.

That’s because the Republican party has clearly become the party for white nationalists and lovers of authoritarianism and fascism, . . . you know . . . Putin-style ‘democracy’. We remember a photo back when Obama was President and he was giving Putin the evil eye, like he was saying, “Cut the bullshit, Vlad!” Pretty badass, right? Of course, the Republicans were rooting for the white guy in the photo because:

Solve the problem on November 3rd and vote out every Republican sycophant from federal level all the way down to state level. When you let a foreign power like Russia have influence over our country, that’s unacceptable, untenable and un-American. 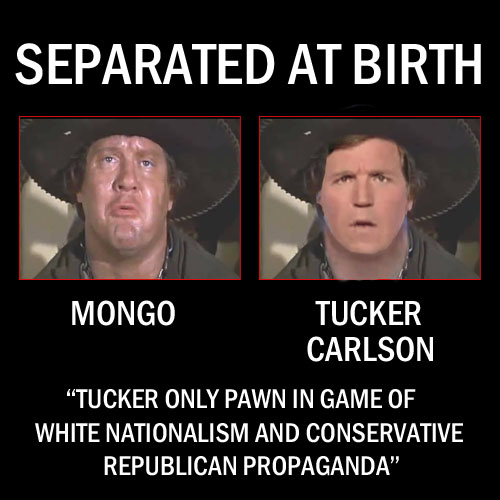