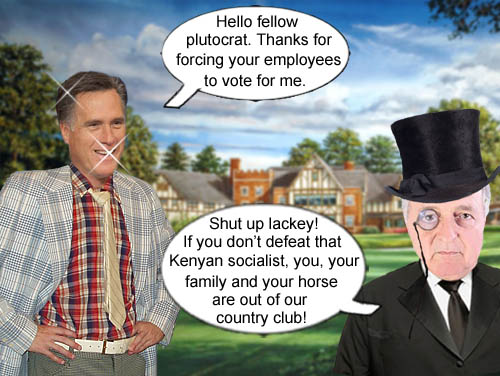 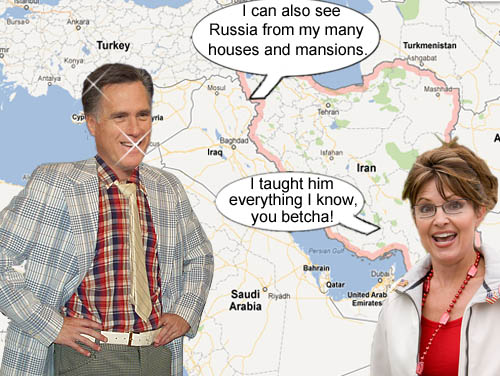 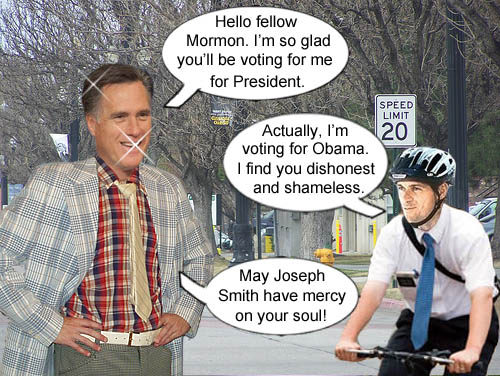 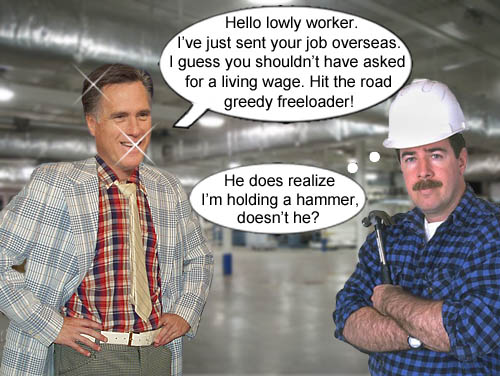 We usually don’t put graphics from other sites up here, but this one was pretty good. It addresses the whiny, sucky, cry-baby obstructionism of the Republican party these past four years nicely. This graphic is from The Reprimand Project.

It’s All Those Mooching Grannies Fault

Spiff Romney sure stepped into it when video of him surfaced of him at a fundraiser where he called 47% of Americans moochers “who believe the government has a responsibility to care for them, who believe that they are entitled to health care, to food, to housing, to you-name-it. That that’s an entitlement. And the government should give it to them. And they will vote for this president no matter what…These are people who pay no income tax.” This from a man who doesn’t pay ordinary income tax on his annual income, paying instead federal capital gains taxes, which are taxes paid on investment income at a greatly reduced rate than those paid on salaries and wages. He also refuses to release his tax returns and openly supports corporations who get away with paying no taxes and pride themselves on how they patriotically hide their money in off shore accounts instead of using that money to … we don’t know… help American infrastructure. To view the full video at Mother Jones, click here. Make no mistake…this IS what Romney, the slimy, deceptive, hypocritical, used car salesman,  thinks of most people in this country. 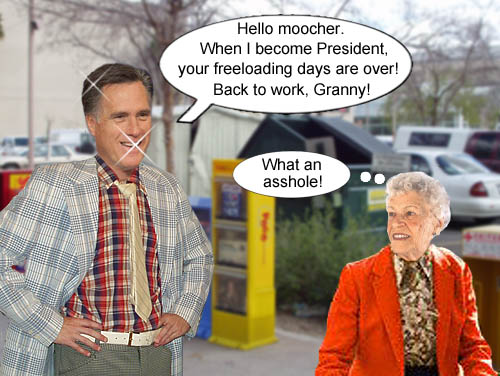 We’re baaaack! We’ve been away for awhile. What did we miss?

Oh yeah. A hidden video which presents the true side of Spiff Romney (more on that in upcoming posts) and a lackluster debate featuring a lying used car salesman(Romney), who was channeling deceptive, former actor/president St. Ronald Reagan, and President Obama, who by using that tried and untrue Democratic strategy of taking the high road, ended up having that deer-in-the-headlight look that Dubya sported throughout the 2004 debates with John Kerry. But what was worse was watching the media cream their shorts about how great Romney’s style was (liberal media? we think not), even though he lied his ass off again. We’re hoping President Obama is just using a rope-a-dope strategy to lure Romney into a false sense of security. In the coming month, he needs to slam Romney on his dubious record with Bain, his refusal to release his tax returns and his ‘47%’ video EVERY chance he gets. If there is one thing we’ve learned in the past fifty years, you can’t trust the Republicans to play fairly at anything.

Here’s a photo-toon from our October 10, 2004 issue which depicts ol’ Dubya in all his presidential debate glory. 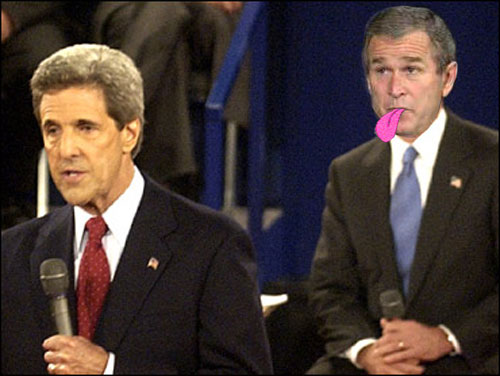 In the recent debate with John Kerry, George W. Bush shows his presidential side by smirking and performing that patented Bush maneuver, the sticking out of the tongue.