There are tons of obscure television channels available on cable and satellite dishes. Well, here’s a listing for Amish TV. So settle thee in thy rocker chair with a glass of milk and a slice of shoofly pie and enjoy thyself.

To commemorate Earth Day, here’s a photo-toon from our July 25, 2006 issue. One can substitute the perpetual conflict in the Middle East with environmental pollution, species annihilation, excessive consumerism and human overpopulation but the conclusion is the same: humans are systematically destroying the only planet we know of that supports life, spaceship Earth. Take care of the planet. 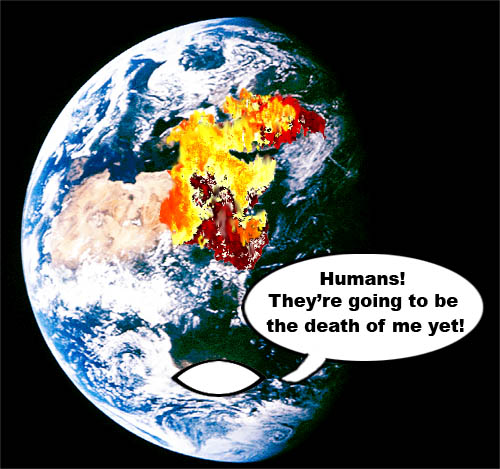 The space station astronauts took this rare photo of the Earth commenting on the latest violent conflict to erupt in the Middle East.

With the withdrawal of Rick “Google Me” Santorum from the Republican Presidential race, frontrunner Spiff Romney is practically assured of the nomination in the farce that is Con-a-thon 2012. This means that Americans will be deluged with malarkey from Republicans for the next six months on Romney being a man of the people, when the reality is he’s been born with a silver spoon in his mouth and has lived a very privileged life much like the 1%ers and the ‘people who are corporations’ he truly represents. But he’s great at conning people with his Pepsodent smile, not-a-hair-out-of-place hairstyle and dapper clothing. He’s the GOP used car salesman. So believe the flip-flopper, Spiff Romney, at your own risk America.  If you buy his bs, chances are you and America will be getting a lemon. 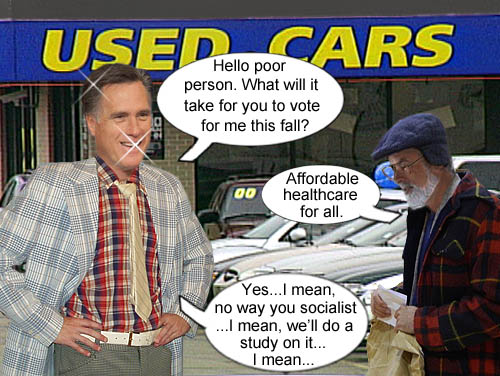 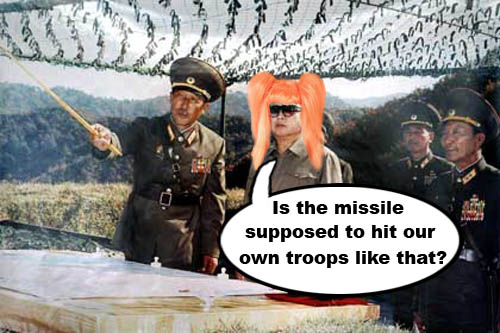 Native Americans have long taken offense with many professional sports teams with team names that reference their culture, sometimes in a derogatory manner. The biggest offenders who are usually mentioned are the Cleveland Indians(Chief Wahoo), Atlanta Braves(Chief Knock-a-homa) and the Washington Redskins. We think that the worst offender in this group is definitely the Redskins. The term Redskin is an offensive slur even to people of non-Native-American persuasion. Imagine calling a professional sports team in San Diego the Spics or a team from New York the Kikes or a team from Milwaukee the Honkies. It’s just not a good idea!  In basketball, the Washington Bullets changed their name to the Washington Wizards because they wanted to distance themselves from a reference to violence. Would it be so horrible for Washington to change the team name to something like the Warriors or some other name which appropriately reflects the city’s stature as the nation’s capital and political and military center? Well, the Bucket is here to help. Here’s a list of possible new team names for the Washington Redskins.

The GOP’s War on Broccoli

It looks like the Supreme Court isn’t going to be kind to Obamacare and it looks like it’s because of that damn ‘judicial activism’ that gives Republicans hissy fits. Yes those CONservative activist judges have argued that the individual mandate is un-American which is weird because Republicans were for the individual mandate not too long ago. Even GOP Presidential candidate Spiff Romney was for it before he was against it. One CONservative activist judge, who is also Republican, has even stated that people shouldn’t be forced to buy health insurance because it would be like forcing people to eat broccoli.

What is it about Republicans and broccoli? This isn’t the first time the nutritious but bland tasting vegetable has been vilified by a well known Republican. Remember back during President George H.W. Bush’s term when he said how much he hated broccoli? Well, broccoli hating is back in vogue thanks to the Supreme Court, which is supposed to be composed of wise individuals who don’t let their politics affect their decisions. Hmmm… corporations are people, healthcare only for those who can afford it(very un-christian), strip searches for minor offenses… the GOP is right after all: activist judges are ruining this country. Just in case you’re keeping track at home, the new things the GOP wants you to be afraid of: people wearing hoodies, broccoli and …sinister music please…Obamacare. 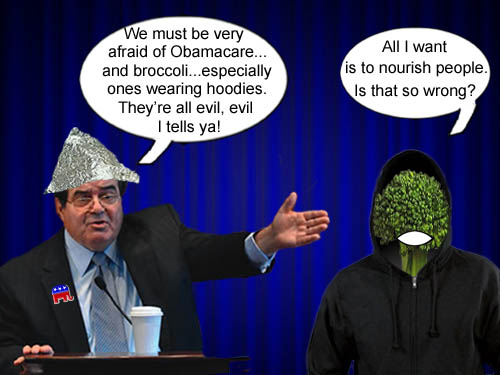 Supreme Court justice Antonin Scalia, who is also a conservative Republican, warns Americans of the latest threats to our liberty and freedom.

It looks more and more like Spiff Romney is going to be the GOP nominee. But he polls very badly with southern Republicans and has lost all the southern primaries thus far except for Florida. Well, the Bucket is here to help the ol’ Spiffster. That’s why we’re presenting this selection as our Book o’ the Month by the ‘Sidney Sheldon of the Deep South’, Billy Joe Ray Bob Cooper. Read this book, Spiff Romney, and develop a new Southern strategy based on three key ingredients: beer, guns, and car crashes. Oh and mentioning Jesus a million times sure couldn’t hurt either. 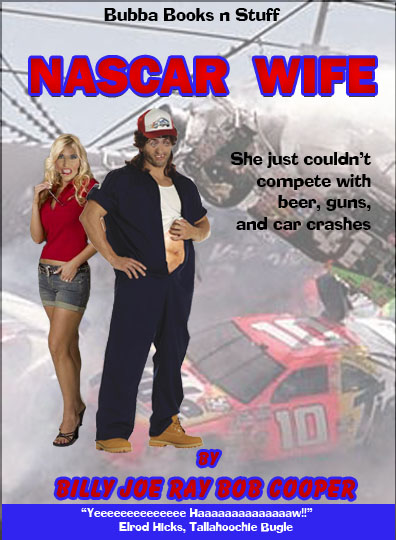 There are tons of obscure television channels available on cable and satellite dishes. Well, here’s a listing for The Civil War Channel. So settle back in your easy chair with your salted pork, hardtack and whiskey and relive a simpler, bloodier time.