Republican Presidential candidate Newt Gingrich has officially commenced the second destruction of his campaign just as polls showed him rising from the ashes from his first disintegration and leading the other GOP hopefuls in Con-a-thon 2012. He recently was quoted as saying that the current child labor laws are stupid and that he would change them as soon as he could if he were President. Hey, we couldn’t agree more. We should return to those halcyon days of the 19th century when labor laws were lax and children were poor and hungry enough to work for a pittance or if they’re really industrious, a cup of gruel. The earlier a child, a.k.a worker drone, realizes that the only purpose for their existence is spending his or her life as an insignificant cog in the machinery of the Corporate States of America, the better off he or she will be. It’s compassionate conservatism, folks. Just accept it and don’t ask questions.

Since Newtie has entered tin foil hat territory, we’re wondering who will be the next flavor of the month for the Republicans? Will it finally be Spiff Romney?(Not bloody likely!) Or will Ms. Ubetcha announce her candidacy after much reflection and encouragement from her Tea Party Patriots? This is better than a Mexican telenovela. Stay tuned America! 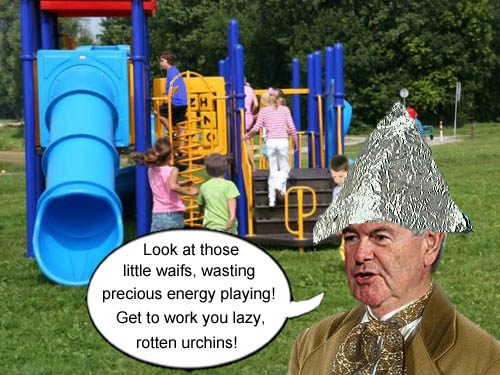 GOP candidate and 19th century aficionado, Newt Gingrich, has made the astute observation that children spend far too much time playing and should instead be preparing themselves for a life of corporate drudgery as a wage slave.

Shows Tonight on The Crocheting Channel

There are tons of obscure television channels available on cable and satellite dishes. Well, here’s a listing for The Crocheting Channel. Happy Hooking!

Shows Tonight on The Crocheting Channel

Our intrepid staff here at the Bucket has discovered an old photo that shows that Lt. John Pike, the UC-Davis cop who pepper sprayed a group of Occupy Wall Street protestors, comes from a long line of protest busters. 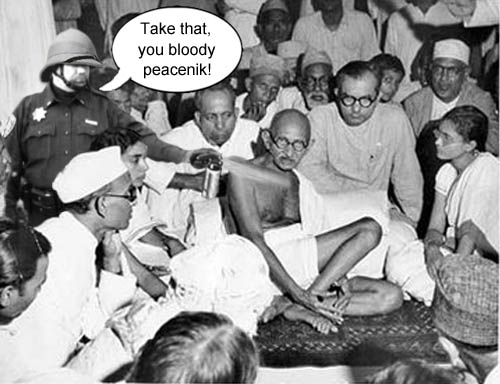 The World According to Fox

Fox News, a.k.a. the Republican Propaganda Network, shows why they are so…eh-hem… respected in the world of journalism. Fair and unbalanced reporting at it’s finest folks! 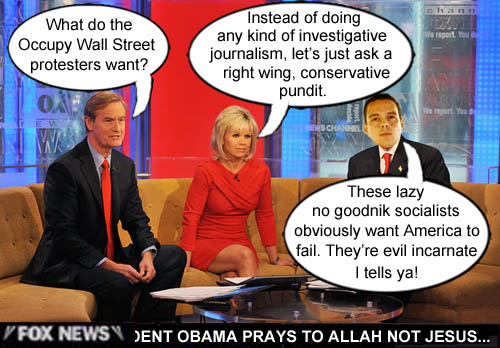 Fox News shows why they are the epitome of journalistic integrity with their stunning analysis of the Occupy Wall Street protesters.

With the spate of recent updates on the Snow White and the Seven Dwarfs story, such as Once Upon a Time on television and Snow White and the Huntsman in theaters, we thought we’d present the list of rejected names for the original dwarfs. Just imagine what could have been!

Who sez Dubya didn’t like to read when he was presidentin’? Although My Pet Goat was probably his favorite, he loved to read other books and here’s proof in a photo-toon from our November 20, 2003 issue. 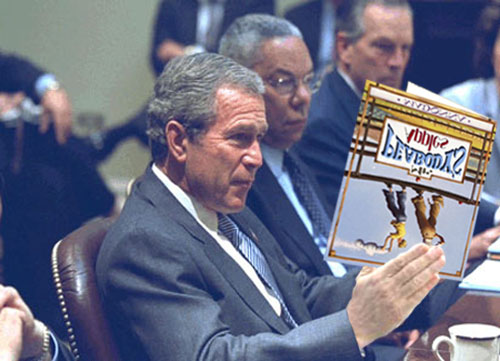 The New GOP Flavor of the Month is…

According to new polls, the new GOP flavor of the month is Newtie Fruitie Gingrich. Gingrich? Really? Haven’t we been down this path before? No matter, the laughs just keeps on coming! The Republicans just don’t want to pick Mitt(Spiff) Romney do they. But we have no doubt that Newtie will do or say something stupid to deflate his poll numbers again. Hmmmm, if Mr. Conservative Family Values makes it to the White House do you think he’ll dump the Snow Queen and get a new trophy wife? He’s got a track record folks. Just sayin’. 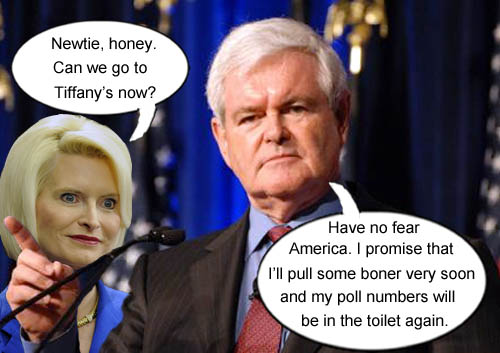 GOP conservative candidate Newt Gingrich assures America that the only surge he'll make is into Tiffany's.

Shows Tonight on The Chess Channel

There are tons of obscure television channels available on cable and satellite dishes. Well, here’s a listing for The Chess Channel. Embrace your inner nerd and give it a watch.

Shows Tonight on The Chess Channel 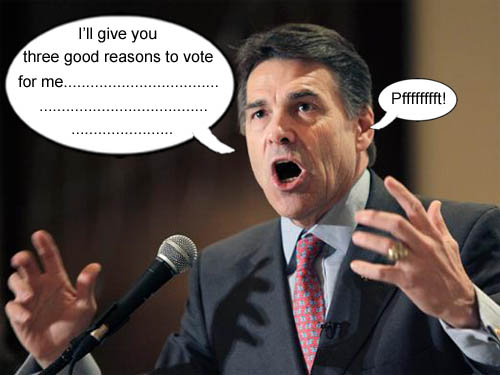 GOP candidate Rick Perry is still trying to come up with reasons why anyone would want to vote for him.

Here’s a new SKYMart product just in time for the holiday office party.

Ionic Briefs are the latest in clean air technology fashion from The Trendy Sharper, the leader in overpriced fads for today’s upscale spendthrift. These briefs are perfect for today’s go-getter who can’t afford letting an ill-advised lunch at Taco Pancho damage his chances at getting that important new business deal or scoring with that hot chick in the office. These stylish briefs detect any discharged bodily gas and automatically dispense charged ionic energy at the offending odor before it even leaves your pants. The air that wafts from your rear is as fresh as a spring day in Cleveland! Don’t pass wind inappropriately and be a loser! Take control of your trousers and blast foul flatulence to bits with a pair of Ionic Briefs. These comfortable briefs come in fashionable chocolate heather with yellow lining and a chic Trendy Sharper lightning bolt on the front to boost your confidence. Three pack now only $1000 dollars! Be the first in your office who can truly say that your shit doesn’t stink!