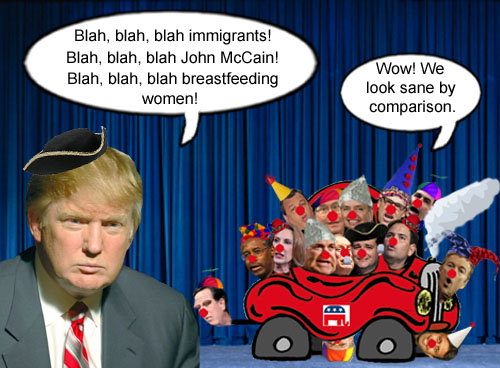 The Media Con Is On!

An amazing thing happened here in Arizona recently. Self proclaimed democratic socialist and Democratic candidate for president, Bernie Sanders, drew 11,000+ people to his rally in Phoenix, Arizona. Let us repeat that. Liberal Bernie Sanders drew 11,000+ people to his rally in red state Arizona. That’s more than the 4,200 than conservative, billionaire blowhard Donald Trump drew when he was in Phoenix. (Of course, Donald Trump, being the egotistical, bombastic salesman that he is, claimed that 15,000 people attended, even though the Phoenix Fire department said it was 4,200). You’d think the so called ‘liberal’ media would be all over the Sanders rally, exclaiming 24/7 that a liberal drew record crowds in a red state. That night the local, mostly conservative media outlets gave it only a passing mention, but instead devoted several minutes to the Donald’s comments about Arizona Senator John McCain not being a war hero. We checked CNN the next day and nary a mention of Sanders amazing rally. But they sure had coverage of Donald Trump’s mouth.

Ladies and Gentlemen, the neocon media con is on! We’ll be posting more on this elaborate and concerted effort by monied interest to bamboozle the American public into voting for the Republican candidate of choice of the corporate oligarchy that runs this country. Right now Donald Trump is doing his crazy billionaire schtick to make the other Republican candidates look sane by comparison. Our corporate overlords’ hope is that by next summer, Jeb Bush or Scott Walker will be looking like the only reasonable choice, especially if the media gives little coverage to sane, responsible people like Bernie Sanders or Hillary Clinton. 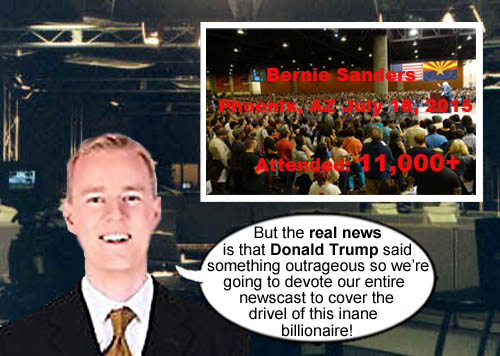 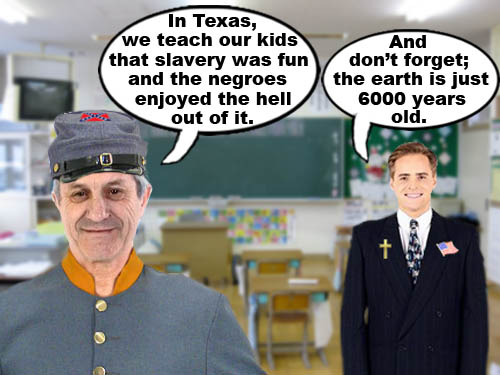 From the “you’ve got to be fucking kidding me” file, a recent poll indicated that George W. Bush now polls more favorably than Hillary Clinton and President Obama. Really??!!! Are Americans’ memories that bad? Apparently so. We’ve posted before about Louisiana Republicans blaming the Hurricane Katrina response on Obama. It’s a pretty common phenomenon that people become more popular once they’re out of office (the phrase absence makes the heart grow fonder comes to mind). But have Americans really forgotten the crap that ol’ Dubya got us into like the financial crisis, the Hurricane Katrina response, the monstrous deficit, infrastructure collapse, environmental destruction, the failed pursuit of Osama Bin Laden and of course the clusterf*ck otherwise known as the Iraq War. We think it’s time for a little rewind to our September 25, 2003 edition when America was still basking in the glow of Dubya prancing around in a flight suit on the deck of an aircraft carrier proclaiming to the world ‘Mission Accomplished’. More like ‘Bullshit Accomplished’.

President Bush wins the Emmy for the Best Politically Motivated Photo Op of the Year.