Are You Threatening Me?

With the recent mass shootings and the Trayvon Martin-George Zimmerman incident, the United States Mint has decided to re-issue the Florida state quarter to honor of the state’s ‘Stand Your Ground’ law which states that a person may use necessary force to defend themselves if they ever feel threatened. And who better to represent this wacky law than lovable, cartoon legend Beavis (with apologies to Mike Judge), who is depicted as his paranoid alter ego, the Great Cornholio. NRA spokesmen claim this is a fitting tribute to a nation that truly loves its guns and hopefully will put us one step closer to the apocalyptic world of The Road Warrior. Yessirree! Arizona and Florida: leading the country in crazy! 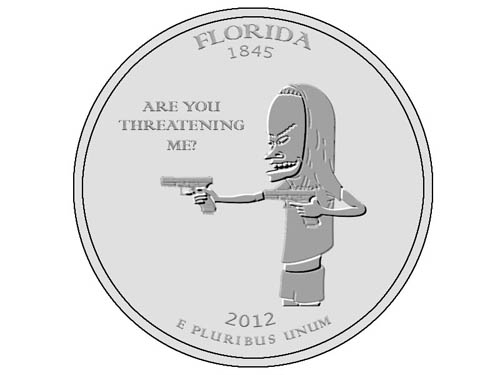 The United States mint has reissued a new state quarter for Florida to honor it’s ‘Stand Your Ground’ law with a fitting portrait of lovable, cartoon legend Beavis as his no-nonsense, paranoid alter ego, the Great Cornholio, uttering his famous catchphrase, which has coincidentally become the motto for the law’s supporters.

The New Faces of Crazy

The United States Mint has decided to re-issue the Arizona state quarter in honor of the state’s centennial. Instead of depicting the natural beauty of the state like they did the first time with the Grand Canyon, they’ve decided to represent the wacky right wing politicians who have commandeered this state and are now ramming their conservative agenda down our throats. Yes, nothing represents the new faces of crazy like Governor Jan “Skeletor” Brewer, Sheriff Joe “Just call me God” Arpaio and former state senator Russell “I’m not a Nazi” Pearce. 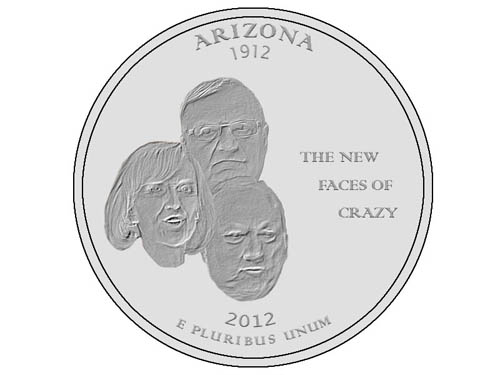 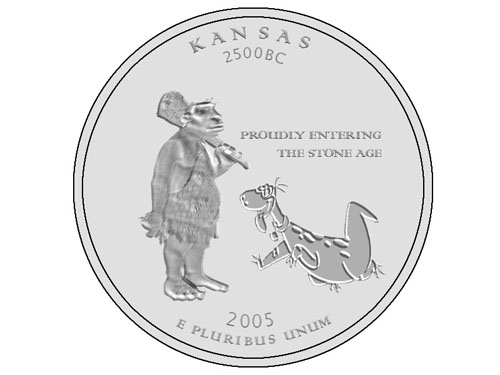