The St. Ronald Reagan Institute For Real Science has recently released a new and improved guide to conservation, Republican style, called “Neoconservation”. The BilgeBucket Gazette presents to you some of the suggestions and fascinating findings stated in the report.

The Party of New Ideas

Former Republican Governor of Florida and brother of the bestest President ever, George W. Bush, laid the ground work this past week for a possible run at the White House in 2016 when he said on Fox News, a.k.a. The Republican Propaganda Network, that he believes that there isn’t any Bush baggage at all. Wow! We want to know what color the sky is in Jeb Bush’s wonderful wacky world. 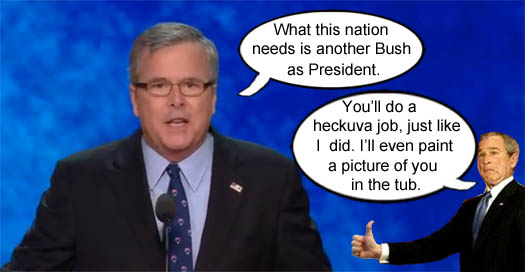 Former Florida Governor Jeb Bush comes up with a fresh proposition for America, because the Republicans are the party of new ideas.

There’s A New Shepherd In Town

The catholic faithful rejoice at the completely democratic selection of their new leader. 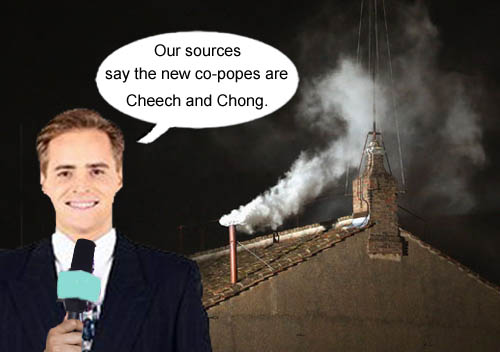 In a stunning upset, American comedians Cheech and Chong, were elected co-popes by the college of cardinals in Rome.