Here are even more thought provoking headlines from 2004.

The Supreme Court decided by a 5-3 decision Monday to disallow the majority of Arizona’s unenforceable SB1070 anti-immigration law, written by former Arizona state senator, Russell “I’m not a Nazi” Pearce, and signed into law by Governor Jan “Skeletor” Brewer back into 2010. But what we found disturbing was that the heart of the law, the stopping of ‘suspected’ illegal immigrants, was upheld. This was the most controversial part of the law because it doesn’t define what an illegal immigrant looks like. This doesn’t matter to the proponents of this law because in their mind an illegal immigrant is Hispanic. The enforcement of this law will open up the state to lawsuit after lawsuit with justifiable complaints of racial profiling. We can only guess as to what kind of suggestions the fertile mind of ‘patriot’ Russell Pearce will come up with for further enforcement of this law.

There are tons of obscure television channels available on cable and satellite dishes. Well, here’s a listing for The Celebrity Dancing Channel. Watch these shows because if there’s one thing Americans can’t get enough of, it’s celebrities dancing.

It’s officially summer here in Cactus Corners, so that means only three more months of 100+ temperatures. Yay!  Here’s the surprising forecast for this weekend. 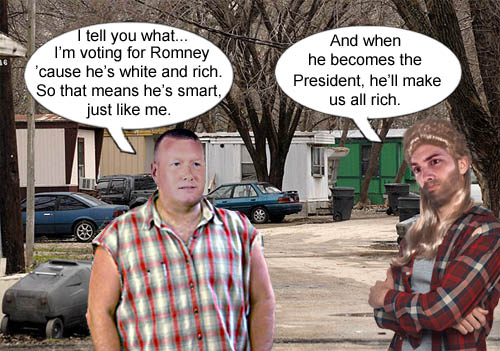 Here are some more hilarious, funny, mildly smile-inducing headlines from 2004. 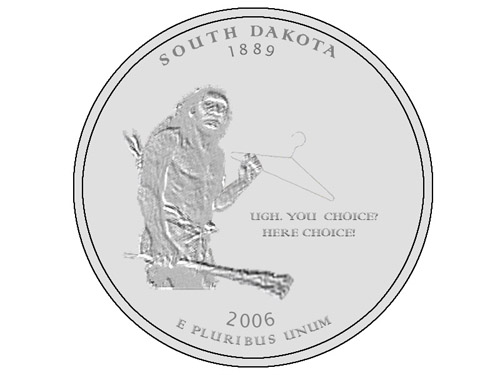 Here are some headlines from 2004…

Balancing On The Illegal Immigration Fence

Here’s an article from June 2, 2007 issue which discusses the Secure Borders, Economic Opportunity and Immigration Reform Act of 2007 which died in the Senate and was never voted on. It was basically a compromise bill so obviously Republicans hated it, but Democrats also were not fond of it. The article also features that flip-flopper extraordinaire, Spiff Romney. Is Romney for or against illegal immigration reform? Who knows…

Congress and the President are currently sponsoring a very complex bill aimed at fixing the current immigration problem in the United States and while it has supporters on both side of the aisle, it also has detractors from both parties as well. Among some of the criticisms is that the bill is too complex and that immigrants won’t be able to understand it.

Conservative Republicans like South Carolina Senator Jim DeMint have said that the bill amounts to nothing more than amnesty. “It’s amnesty, I tell you. It’s nothing but amnesty. I haven’t read this bill but it is just plain amnesty. Amnesty, amnesty, amnesty. It’s amnesty and I’m agin’ it.” He then turned and spit some tobaccy juice into a nearby spittoon.

Republican candidate for President, Mitt Romney, agreed. “I, too, have not read this bill but basically it’s amnesty plain and simple and if John McCain supports it then I don’t. Vote Romney!”

One of the bill’s architects, Republican Senator John McCain, took time to try and explain the bill. “It’s really very, very simple. I mean that damn Democrat Ted Kennedy supports this crap, so it has to be easy. First of all, the illegal immigrant has to register to become a guest worker and pay us five thousand smackeroonies. Then he goes back home to El Craphola or wherever the hell he came from for a period ranging from seven to seventy years. Then after the waiting period has expired he has to show up on the border on his given day and time and is given fifteen minutes to make it across the border and sign up again or else his registration is null and void and he has to reapply and go through the whole process again. Once across, he has to take a series of tests to prove he can speak English and can indeed do important immigrant tasks like work a leaf blower, serve fast food and pick vegetables. Once a skill has been established, the immigrant can stay in the country and work for not more than minimum wage, start paying taxes and not get health care, just like a regular American. Unless of course he’s skilled at the following skills: firing a rifle, driving trucks, and marching. Then he can become an American citizen right away, get commissioned as a private in the U.S. Army and get deployed to beautiful, downtown Baghdad. See. Pure simplicity.”

On hearing the details on the bill, Mitt Romney exclaimed, “I know I said I was against the bill, but I’ve changed my mind and I think the bill is not amnesty and therefore I support it. Oops. Wait a second folks. I thought about it again and I think it’s amnesty pure and simple. No. Wait. It’s not amnesty. I support it. No. Wait. John McCain supports it. So I don’t support it. So there you have it. I’m not sure. Vote Romney!”

Even more amusing headlines from 2003…