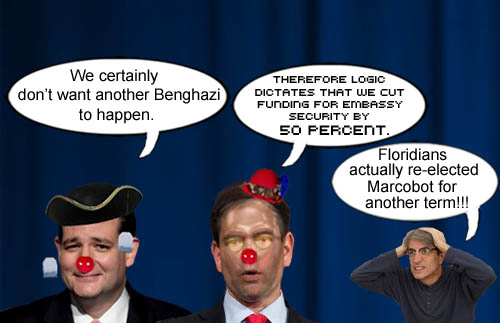 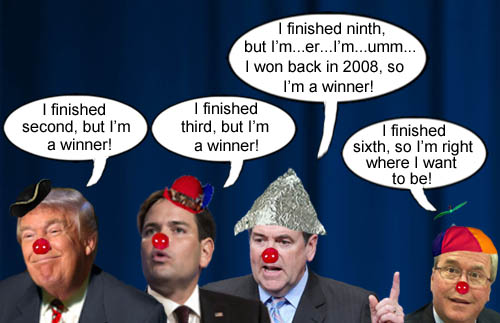 And another one bites the dust…

That Republican clown car is getting roomier and roomier. Scott Walker has exited the farce that is Con-a-thon 2016. This one is a bit of a shocker for us here at the Bucket. Walker was one of the darlings of the deep pocketed (or is it derp pocketed) Koch brothers. We figured he would be in it until the Republican convention. But his poll numbers dropped to less than 1%, so he decided to walk. We’ll sum up his departure simply; a simple photo-toon for a simple man.