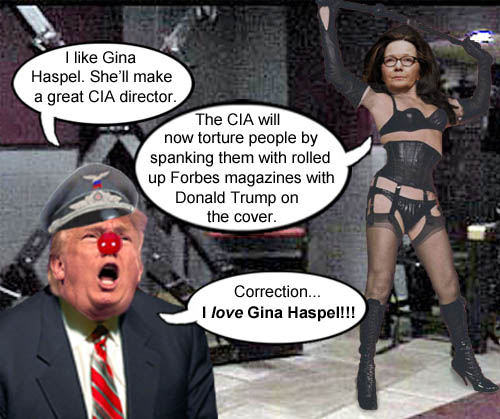 Just in time for the holidays…Torture!  Yes nothing exemplifies holiday spirit like torture(you have to admit, forced family fun is a kind of torture.) The Senate Intelligence Committee(what an oxymoron!) recently released a 528 page summary(the original is 6000 pages) that explains in detail that the CIA used various forms on detainees from 2001 to 2006 and kept it hidden from government officials and the American people. Dick Cheney, who in 2006 called torture a no brainer,  has even been making the rounds again claiming he’d do it all over again. Yes, America has proudly placed itself in the pantheon of torturing nations like Russia, North Korea, Iran and Syria. What great company we’re keeping, eh? We dug up a photo-toon from our November 13, 2006 issue where America’s most notorious war criminal defended waterboarding to a pliant, sycophantic media. All we have to say about Mr. Cheney and his asinine commentary is  “WHAT A DICK!“ 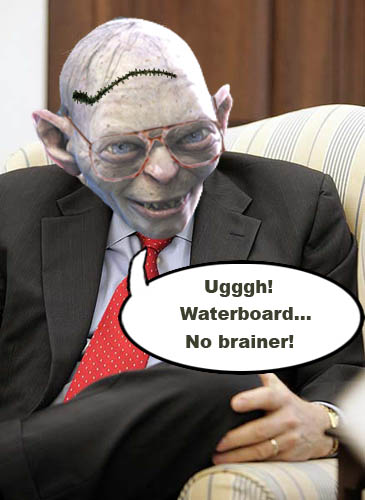