This will be our last post of our Ann Coulter retrospective because quite frankly we’re sick of her and we don’t want to waste any more of our precious energy on this pile of waste. Remember when the Living Skeleton said that ‘Jews can be perfected by finding Christ’. back in 2007? Here’s a photo-toon from our October 28, 2007 issue. Yes, the Nazis would have been proud of you Kommandant Coulter. 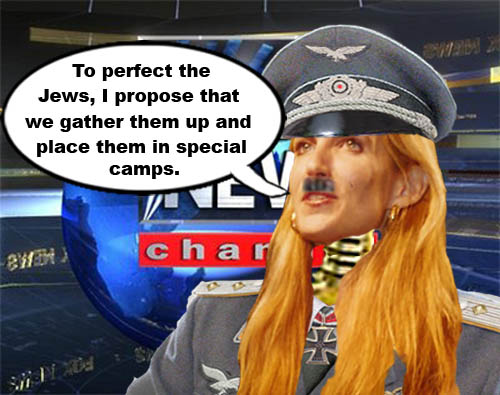