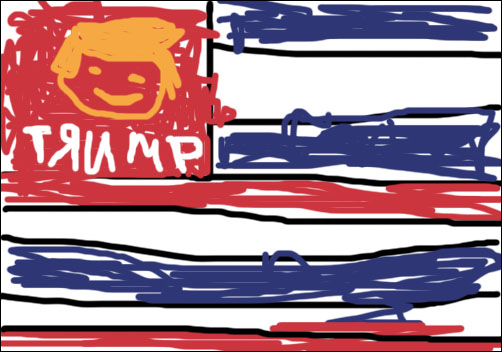 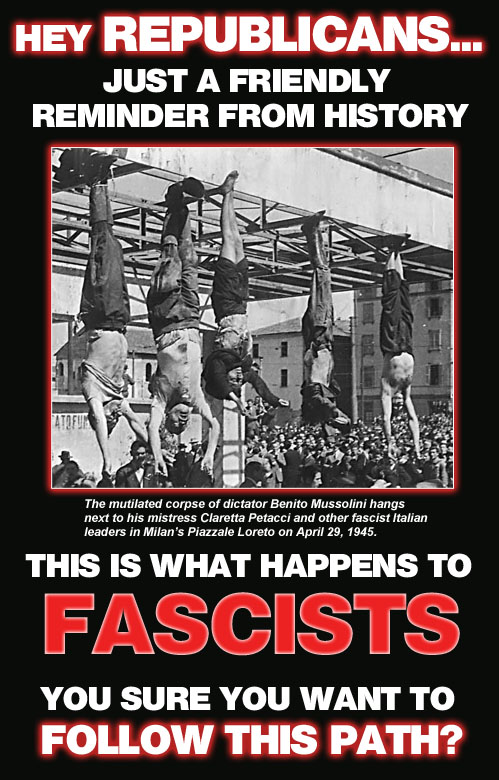 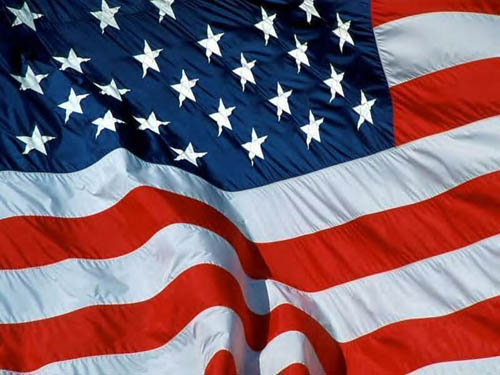 Here’s a good article about how America has become a corporate theocracy. Of course, it didn’t happen overnight. Its been happening gradually over the last 60 years; kind of like turning up the heat gradually on a pan of boiling water so the frogs inside the pot don’t even realize they’re getting boiled. Sinclair Lewis famously said something similar to the statement, “When fascism comes to America, it will wrapped in the flag and carrying a cross.” Religions, especially christianity, are authoritarian by nature; the sheep follow the shepherd and do was he says; which is dangerous when the shepherd is a corporatist wolf, only interested in making profits off his duped sheep. Make no mistake; this holy corporatist state is the new fascism and the people implementing it are extremely authoritarian and will not tolerate any dissent.

Before World War II, you could tell a fascist because they usually wore a military uniform, service cap or helmet and jackboots. However, today’s fascist, thanks to wily marketing and propaganda tactics, is much more palatable to the average citizen. Today’s fascist wears a spiffy business suit with a flag lapel pin on one side and a cross on the other. And they’ve always got a sparkling, toothy smile(see Mitt Romney).  If today’s holy corporate fascists have their way, if a business or corporation doesn’t like who you are or what you believe in, they will be able to deny you basic health services, employment or just plain service.  That’s hokum, you say. But look at the decisions handed down by the religious, conservative activist dominated Supreme Court in the past 5 years. Corporations are ‘people’ who can give as much money as possible to political lackeys who will do their bidding and these corporations can impose their will on you in the name of religious freedom. Fascism has arrived in America in a nice, friendly, tidy combination of business, economics and religion that hates science, logic and reason. Goodbye United States of America; Hello The Holy Corporate Empire! 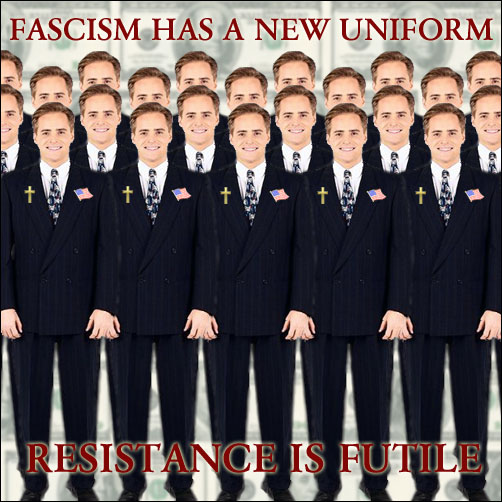 It’s The Size That Counts

The last photo-toon in our zany zealot retrospective features Osama Bin Laden from our October 28, 2007 issue. Yes, relive those glorious years of the Bush Administration when you proved how much you loved America by wearing a flag lapel pin at all times, even in the hot tub. Remember, in America: the bigger, the better. 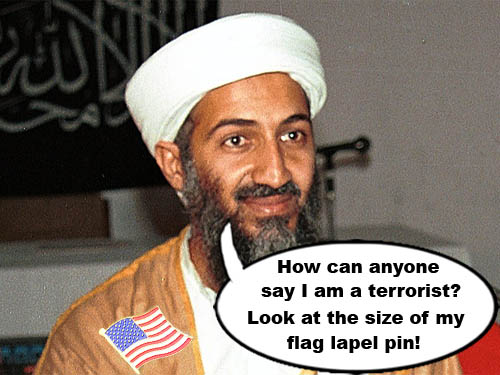 Al-Qaeda leader and the world's biggest pain in the ass, Osama Bin Laden, released another tape recently where he denied that he was a terrorist.