We’re back from our longer than expected respite from TFS(Trump Fatigue Syndrome)…for how long, we don’t know. Under normal circumstances, with a normal President, not that much would have happened in a month. But America’s CEO/Dictator Donald Trump does more stupid things in a month than most people do in a lifetime. Add to that the incompetence, cowardice, corruption and greed of the Republicans in congress, the invisibility of the Democrats, and the normalization of the right wing by the corporate media and we just don’t have much hope left for this country. We just may fold up our tent and move to a remote island somewhere in the South Pacific, far away from the selfish, egotistical, greedy, ultra-materialistic, ultra-competitive assholes who now seem to proliferate and run this country.

We’ve got some posts readied for the hurricane responses, but first we’ll take a look at the ‘feud’ between Trump and the NFL over players taking a knee during the national anthem, which culminated with Vice President and modern day Puritan Mike Pence leaving the stadium during the Colts-49ers game because some of San Francisco’s players kneeled during the national anthem in protest of racial discrimination in America. Trump admitted that this was a planned stunt. Not only that, but the cheap political stunt was at the taxpayers’ expense. We don’t care much for the NFL or any professional sports for that matter. Both the owners and players make WAY too much money and have WAY too much influence on modern culture. But that being said, players have the right to kneel in protest because…THIS IS AMERICA. We have a thing here which separates us from other countries called freedom of speech. The players were kneeling as a way to draw awareness to racial discrimination which still plagues this country. Their protest in no way was to disrespect the flag or those who fought for it. But the poor ‘widdle’ rich guys in the NFL executive front offices and the poor ‘widdle’ rich guys in the Republican party see it as an affront to their authority, which in their puny, narrow minded, conservative mind set is absolute. I mean how dare any one with less money criticize the actions of the people in charge. Of course, they had quite a different opinion during the Obama era.

Well if Trump and Pence are so sensitive to people taking a knee, we wonder what would happen if all of America took a knee during the national anthem. Would they leave the country? Hey, it’s worth a try, folks. We have no doubt, Trump and Pence could crash with their pal Vlad in Russia. 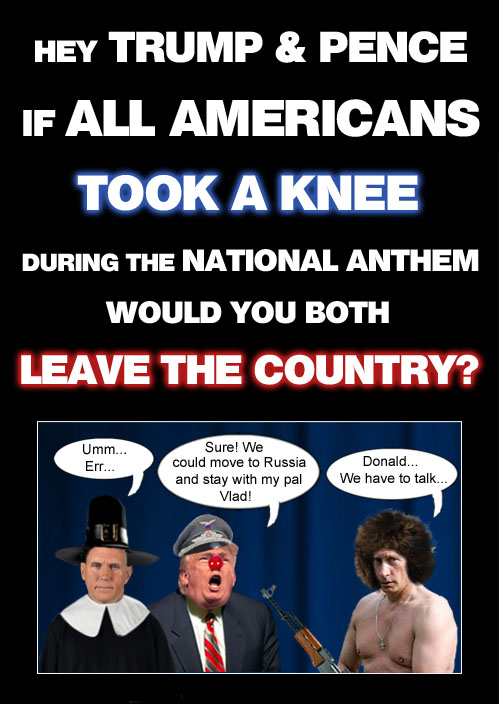 Maybe if all Americans took a knee during the national anthem, easily offended American CEO/Dictator Donald Trump and his Puritan Vice President Mike Pence would leave the country and stay with their old buddy Vlad Putin in Russia. 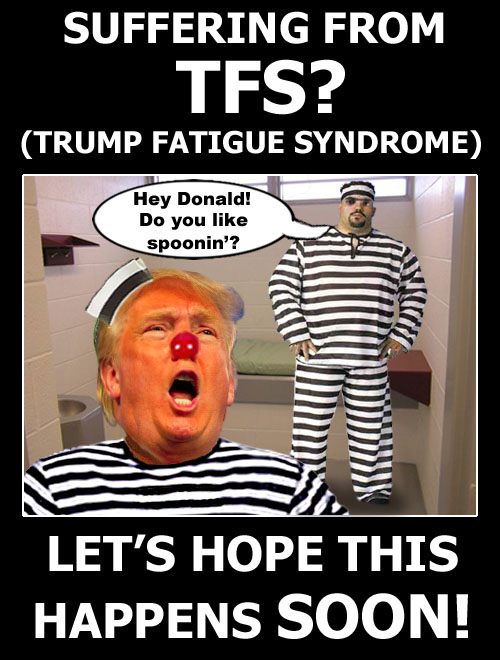