We’ve commented before about American CEO/Dictator Donald Trump’s hypocritical stance concerning golf. He chastised President Obama for playing too much golf and yet he has spent 20% of his presidency playing the game, which he insists he cares nothing about. So that’s 20 games of golf already in 100 days.

Maybe it wouldn’t be so bad, but the American taxpayers are picking up the tab for his weekend trips to Mar-a-lago and his golfing expeditions. He’s on pace to surpass Obama’s eight years of travel expenditures in only one year. So we’re wondering why Trump supporters still back this hypocritical con artist when he is openly wasting their money on his golf trips, which he cares nothing about. So instead of ridding the government of waste, he’s increasing it. So we guess, in Trump’s warped mind, he’s making America great again through golfing; 18 holes at a time. 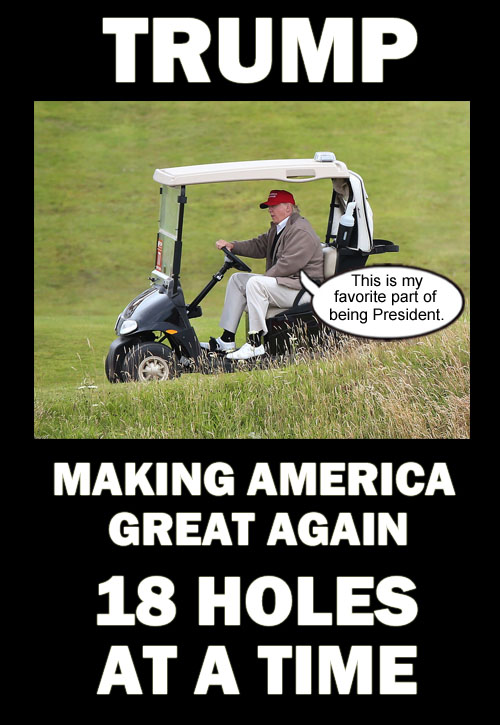