Spiff Romney made it official Saturday as he selected Wisconsin Representative Paul Ryan to be his vice presidential running mate in the cruel joke that is…Con-a-thon 2012. Media pundits on both side of the aisles are ‘energized’ by the picks, which means that there’s going to be plenty of BS thrown around for the final three months of this election, that just won’t seem to end. The pick pretty much proves that the ol’ Spiffer doesn’t give a rat’s ass about the middle class or moderates and if he and Mr. ‘Starve the Guvment, Feed the Rich’ Ryan get into office, we can look forward to reliving those glorious years of the Middle Ages when feudalism held sway over humans everywhere. Remember… your corporate overlords know way more than you do. So just shut up and let them run the country. 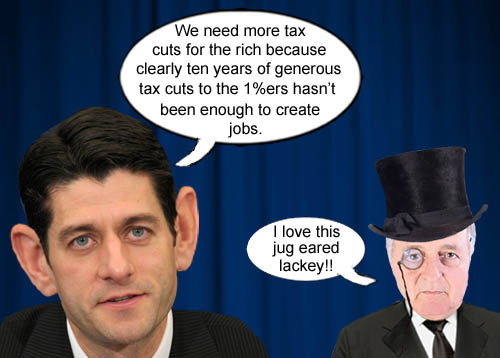