We think the funniest thing about football and collegiate sports are some of the school mascots. For instance, the Banana Slugs of the University of California at Santa Cruz or the Artichokes of Scottsdale Community College evoke a hilarious image, especially if you saw a big banana slug or an artichoke depicted on a football player’s helmet. So in this vein we present our feature, Helmet Hilarity, featuring the helmets of little known collegiate teams and their unconventional, zany mascots.

Today we present the helmet of the Central San Francisco State Stoners. The unfortunate thing for opponents who actually have to look at them is that the Stoner’s uniforms are tie-dyed to match the helmets. Far out, man! At home games, school mascot, Doobie the Hippie, roams the stadium spreading ‘cheer’ to all the patrons. Of course, people who attend Stoner games aren’t too interested in the football. But for some reason, they spend a lot of time at the concession stand. 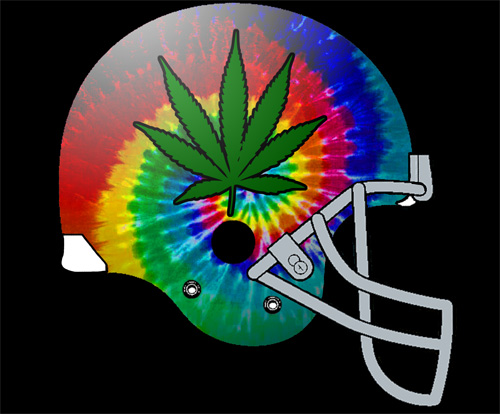