Enough Kim Jong Il…onto Saddam Hussein. Yes, the former Iraq dictator was a pain in the world’s ass for many years, but America made this monster back in the 80’s when he was heralded by the Reagan administration for fighting against the Ayatollah in Iran for eight years. And as with all tin horn dictators propped up by an enormous empire, they get too big for their britches and must be removed by the powers who enabled them in the first place (see every empire since the dawn of civilization).

Here’s a photo-toon from our August 14, 2003 issue, when Saddam Hussein was still on the loose after the “slam dunk” invasion of Iraq. 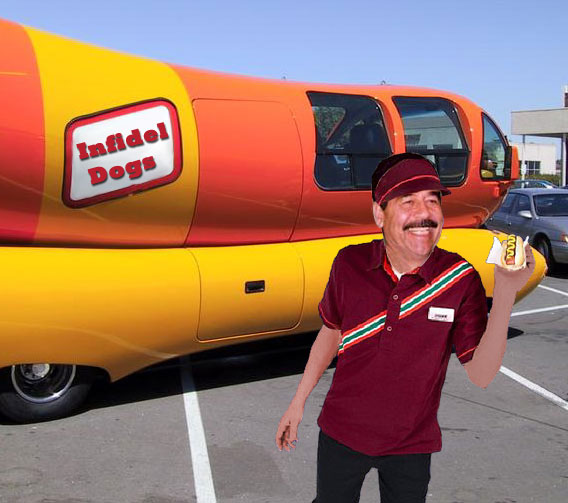